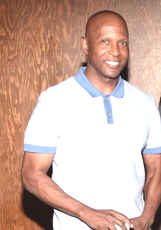 An entertainment industry executive, Jon Aubrey Divens has spent the last decade as a producer with Rocket Media, a company he founded to develop and refine scripts, hire directors, and produce films. Jon A. Divens’ producing credits include the documentary "Teenaged Paparazzi", (Associate Producer), and two episodes of the television series Hacienda Heights. Jon Divens also produced one of the highest-grossing horror films ever released, "Blade" (1 and 2). Staring Wesly Snipes. Mr. Divens personally developed the revolutionary concepts surrounding the lifestyles and powers of a new generation of vampires. Before Blade vampires only came out after dark or slept in coffins. Mr. Divens' concepts allowed vampires to look like young hip people. The "new vampires" could go in the sun, dodge bullets, move with super agility, and merge undetected with the most beautiful people on the planet.

Throughout his career, Jon Aubrey Divens has worked as a producer for some of Hollywood’s top companies, including Walt Disney Studios, New Line Cinema, Fox, and Sony. Before founding Rocket Media, he spent 10 years as a producer with Warner Brothers.

Jon A. Divens holds a bachelor of arts in film from the University of California, Los Angeles. Previously, he served as a specialist in the United States Armed Services, where he focused on controlling the spread of nuclear weapons. In recognition of his service in the Middle East and Europe, he earned a Medal of Military Distinction before being honorably discharged.